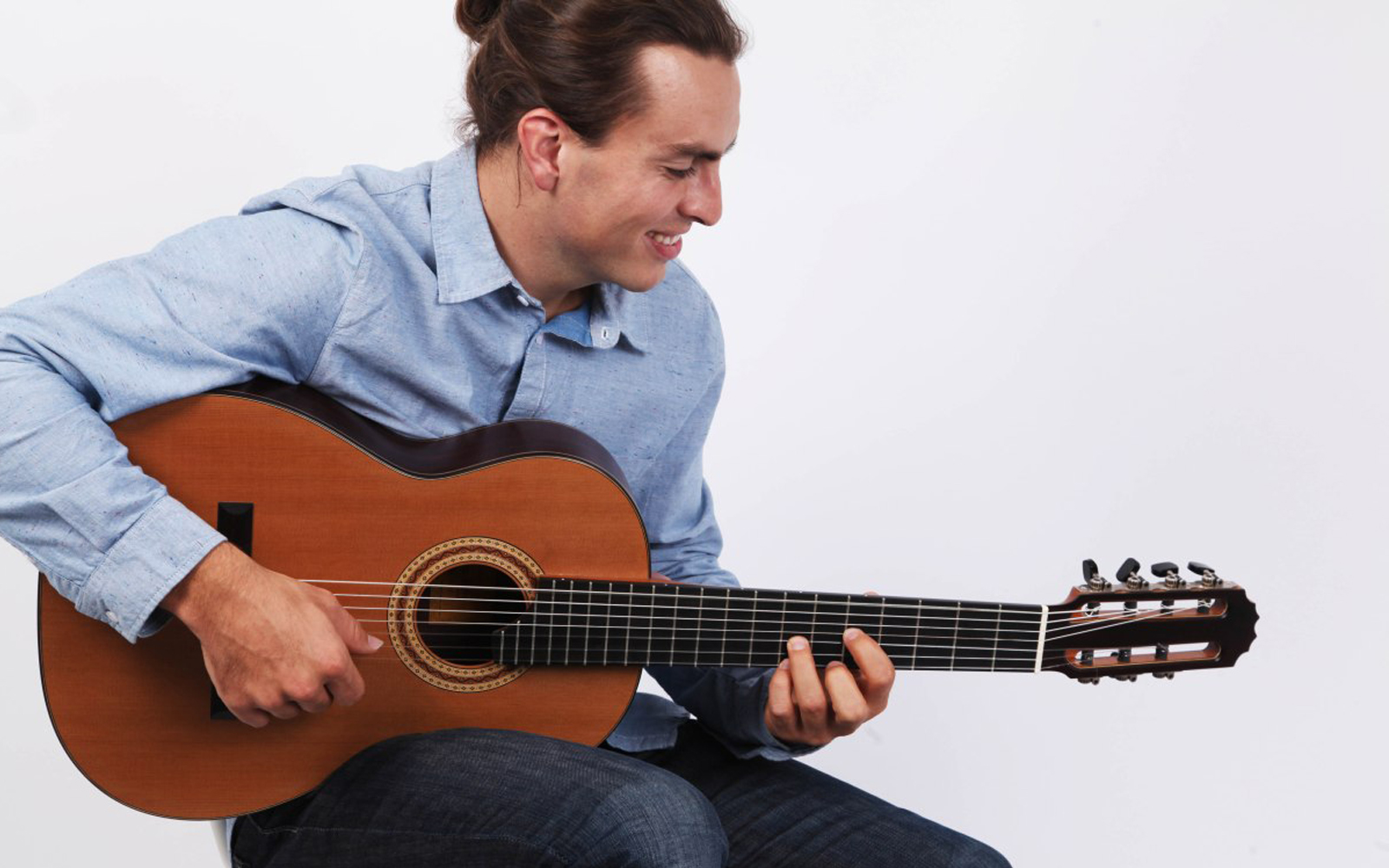 Hailing from Torquay on Victoria’s Surf Coast, Maximillian is an accomplished guitarist with formal training in classical and jazz at the prestigious Melbourne Conservatorium of Music. His first original release showcases his technical prowess and understated compositional style, with its simple melody adorned with colourful harmony, and its rhythmic interest residing in its inherent Brazilian influences. Playing a Brazilian seven-string guitar, Maximillian is undeniably a student of the ‘violão brasileiro,’ the great tradition of Brazilian guitar, taking his place as a burgeoning outsider amongst a lineage of Brazilian guitarists and musical innovators, from Baden Powell, to Raphael Rabello and beyond.  Like a musical magpie, Maximillian meticulously collects and absorbs his musical influences which, outside of Brazil, include American guitarist Leo Kottke. Beyond its Latin American flair resides an unmistakable New Orleans grit and ragtime exuberance, giving rise to his rendition of Randy Newman’s ‘You’ve Got a Friend in Me,’ and the Delta inspired original single, ‘Waited So Long.’

As an instrumentalist and occasional vocalist, Maximillian’s performance engages with seasoned ears, hinting at the ‘this and that’ of modern guitar culture, sewing it all together with the subtle creativity of an eclectic musical upbringing. The album draws together the ever-colliding worlds of the Americas, from New Orleans southward bound, rendering it a series of portraits within which listeners can glimpse the nuances of music’s global mobility in the modern era of mass media, from the personal perspective of a young Australian artist.