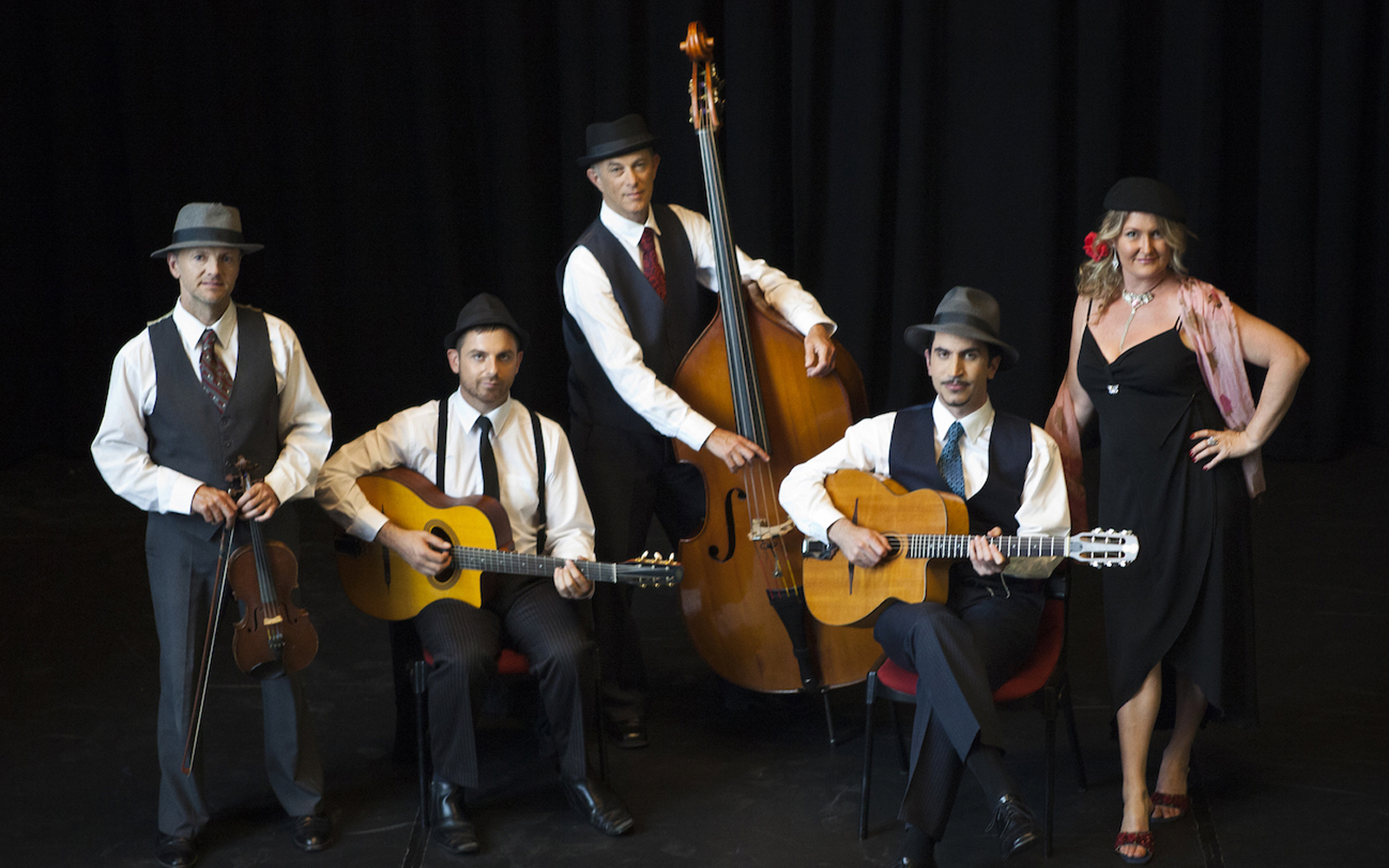 Hot Club Swing’s unique style of French Gypsy Jazz is alive and well; music originating in the 1930s but still thriving in the 21st century. The group draws its influences from an exotic palate of music from Latin America, Swing and Eastern Europe, painting on a canvas that can be eloquently French, starkly rustic or darkly and romantically gypsy.