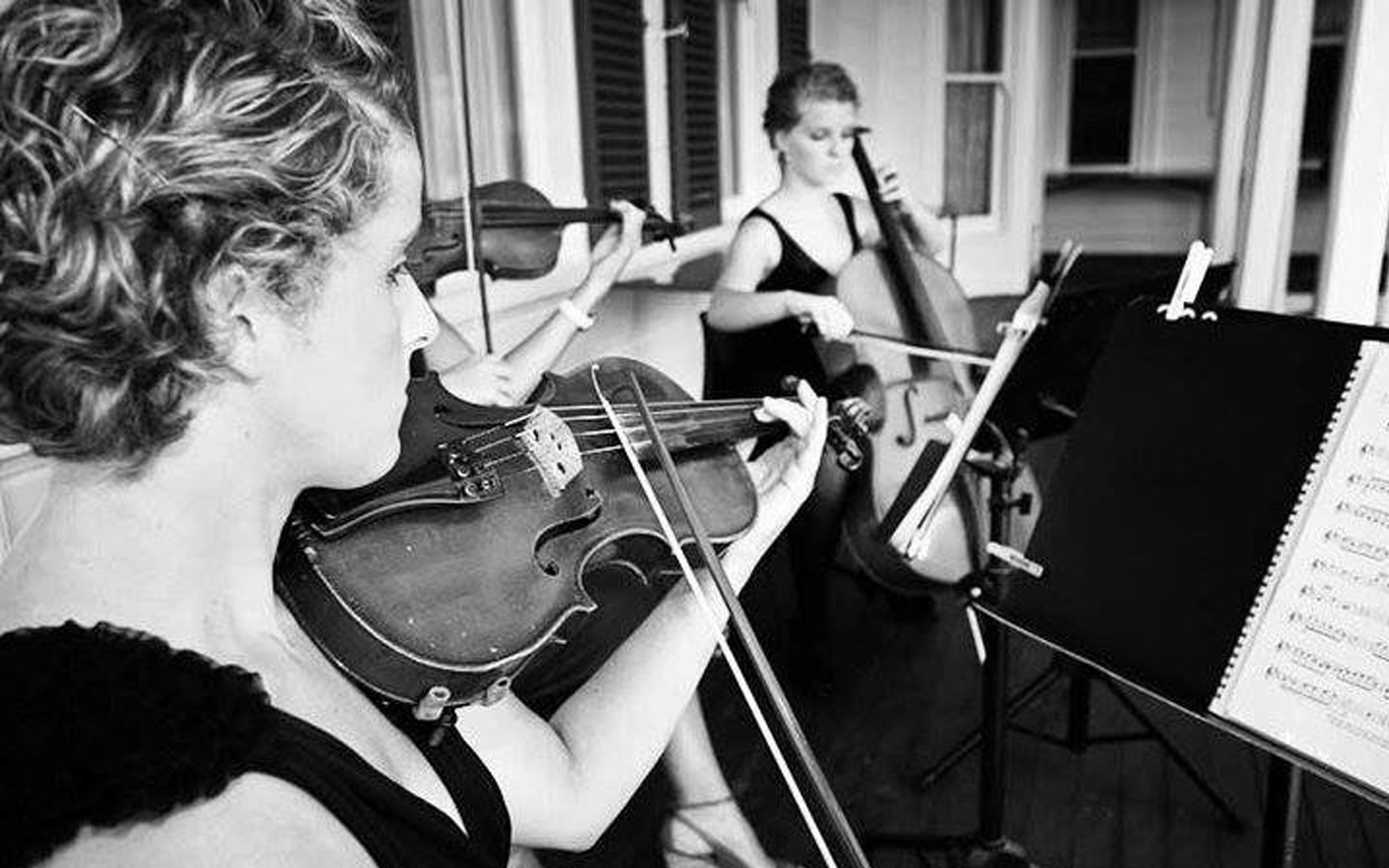 Artistique Strings are a Violin and Cello Trio consisting of sisters Chloe and Ayrlie Lane, and Brittany Van Der Kruik. Artistique formed in 2000 when they met through Geelong’s Bay City Strings and have all recently completed their AmusA (Associate Diploma of Music in Australia) degrees. They have won countless awards both as solo artists and as a group at competitions such as the Geelong Advertiser Music Competition, The Geelong Eisteddfod and StarSearch.

The trio are based in Geelong and the Surf Coast but also travel regularly to Melbourne and surrounds.

Artistique play various types of events such as weddings, receptions, corporate functions, music festivals, cafes, private dinners, charity events are also available as session musicians for recordings and will tailor the music for your special occasion. They perform repertoire from well-known classical tunes, Irish and Folk songs, and covers of contemporary and current music, and upon request can compose an arrangement of the clients choice.